As a dyed in the wool capitalist, I have looked at the escalating maoist violence in the country with some degree of trepidation. I work in the IT capital of India, have worked for MNC’s all my life, and can be called as bourgeoisie as you can get nowadays. 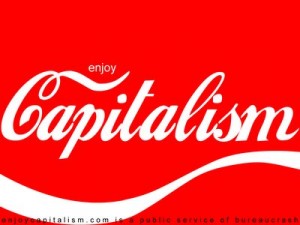 So I have predictably been wringing my hands over television reports about the declining situation in our country now. As if religious and language fascists and dozens of separatist movements weren’t enough, we now have an entire section of society pitted against another! This cant be good for the economy. Nor does it create a favorable climate for investors to flock to our country. For all practical purposes, it seems to appear that the country is heading towards some form of civil war. And that just cant be good news for business.

Then just the other day, I had an interesting experience. Having stopped to buy some medicines on my way home on the IT corridor in Bangalore, I was witness to something that happens everyday in India. But it got me thinking. As I watched the busy road, bustling with hawkers and roadside food vendors and their pushcarts, I saw a police jeep draw up, and start to stop in front of every stall. As if on cue, bedraggled figures sidled up and started handing over money to the person inside. While I watched in part despair and part cynicism, I realized that what was being enacted in front of me was nothing but extortion. Extortion from the poorest of the poor, trying to eke out a living by the roadside. And by the men sworn to protect them from harm.

This got me thinking on a different track completely. What would the term “the writ of the Indian state” mean to that roadside stall vendor? A term which the educated are fond of flinging around casually, especially on television debates. But to this man on the street having to fork out 10 rs of his hard earned money every day, the “state” is nothing but a thief who comes in the night, and relieves him off part of his already meager income. It doesn’t give him anything in return. No quality of life, no security from criminals, no future for his children and no access to any public service without corruption. How then do we expect this man to respect the system, and those that represent it? Now replace the urban poor with a desperately poor tribal in the remotest corners of the country, and one begins to get the eerie realization as to where this is all springing forth from.

Before we rush to point our fingers at our favorite whipping post, the political class, lets pause for a moment and consider whether they are solely responsible for this mess we seem to have got into. While their contribution in being remiss and amiss cannot be wished away, one also gets the feeling that this is a much greater failure of governance. A failure of the Indian bureaucracy, rather than just a political failure. In many of the remote parts where maoist violence seems to be peaking, one gets the feeling that the political class is more or less absent. And the face of the state is represented only by the authoritative arms of the state such as the police and paramilitary forces, and to a limited extent, the district administration. The SHO or BDO is probably a much more recognized figure in these areas,than the local MLA. Why then is this state machinery failing so badly? Why is the much vaunted IAS and IPS machinery finding itself unable to deliver the kind of good governance that would automatically prevent people from falling into the hands of those that preach violence?

The answer perhaps lies in the historical construct of our governance mechanism. Very little has changed from the days of the British, They installed a system designed to essentially oppress and control the natives of the colonies they were exploiting. The British have gone, but they left behind their legacy. And opportunistic Indians stepped into the shoes of the exploiters. This perhaps lies at the heart of the problem. Our refusal to overhaul the length and breadth of the machinery that governs our country. Our refusal of usher in bureaucratic reforms at every stage, starting with how we recruit, empower, reward and monitor the men and women who have to carry out the task of running this great country. Resulting in the complete lack of accountability that pervades our entire society, because it suits us to let it be so. This may lie at the heart of the problem, much more than it being a “political” problem or a “law and order” problem, as it is so often explained.

We could let it lie this way. Pretend that the problem will go away, or can be muscled into submission. But any intelligent person’s instinct will tell them that this will not be so. Today we call Pakistan a failed state because it is riven by civil war conditions and parts of the country are out of state control. Tomorrow will we be willing to concede the same, if more parts of India descend into conflict between its peoples? We just cant afford to let that happen.

The answer is clearly not giving in to maoism. Nor is it communism. Communist China has proven itself to be as corrupt, if not more than India at every level. Any form of absolute power corrupts even more than corruption in any democratic scenario. History has shown us that the average quality of life of a large majority of people can only be raised through open and free societies.

So yes, by all means let us adopt a disciplined stance. Let us meet violence with strength and go after the perpetrators. Lets get the present situation under control. But in the long run, if we cannot improve our governance mechanism significantly, and bring hundreds of millions of Indians into the participatory mechanism of building a great country, this monster will rear its ugly head again. We cant let this country continue down a path, where the bottom million people are disenchanted to the extent of taking to violence, the top million are trying to control everything, and the billion people in the middle just don’t care. Its bound to explode in the faces of the people in the middle.

And that cant be very good for the stock market, which I am quite worried about!

This entry was posted in Current Affairs, Economy and tagged Economy, India. Bookmark the permalink.
Logging In...