A new Tax plan for “the rich” ? An open letter to the PMEAC 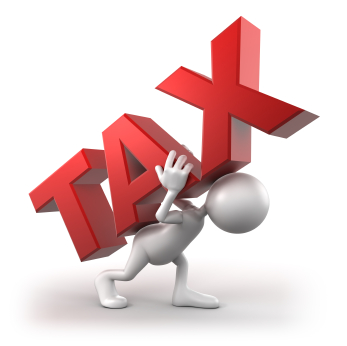 So how many of you “rich people” are looking forward to donating even more of your salary to the government of India? Well, tighten your britches, for that’s exactly what’s round the corner, if recent news reports are to be believed. The UPA is apparently cooking up another ridiculous plan to bridge the fiscal deficit, by steeply raising income tax rates and slabs in the upcoming general budget. In a shocking move, there are unconfirmed reports that individuals earning above 15 Lacs pa may now be required to pay tax in a slab of 40% and the (mostly salaried) “rich” earning above 25 Lacs pa may be required to hand over 50% of their earnings to the government! Wild as these rumors may seem, they appear to be supported by some very “able” gentlemen in the Prime Ministers Economic Advisory Council. The PMEAC has of course, historically twiddled their fingers and looked on idly while the government blew its income on sundry populist schemes. They kept watch over massive fiscal profligacy in the form of farmer loan write off’s and under recovery of value on natural resources. And now, it appears that they have come up with this golden wand to cure all of India’s deficit woes. Given that the likes of C Rangarajan and Raghuram Rajan are advisors to the government, one could have been excused for hoping that innovative or practical ideas would be rolled out. But surprise, surprise… apparently, the answer lies in simply “taxing the rich”.

What is even more shocking, is the justification that this tax plan is similar in nature to that of “European Welfare States”! One can’t help but wonder which planet these people reside on?  Do they even understand the meaning of “welfare” before starting to spout such inanities? I am sure all my leftie friends will bristle that this is indeed the right thing to do. But before we start diving into an ideological battle, I would like to pose certain basic questions to the hon. PMEAC and assorted finance mandarins in the government.

1. Who really are “the rich” in this country?

Yes, you may think that the IT manager earning Rs. 15 lacs/pa is well off. But is he really “rich” compared to the average politician, real estate dealer, mining baron or fixer / lobbyist who is sitting on 100’s or perhaps 1000’s of crores of so called ill gotten “black money”? Fine, forget the goons looting this country. Is he even rich compared to many millions of professionals and traders who take cash payments for all their services and file returns based on what their conscience permits?

Is it not true that the salaried class is simply the easiest, softest target that you can set your sights on?

2. Please educate us as to what percentage of India actually pays individual Income Tax? To the best of my knowledge, just about 3% of the population pays income tax in India. That’s just 3 hapless salaried individuals in every 100 Indians who pays income tax!

This essentially means that the 3% is groaning under the burden of supporting the entire expense required to run this nation of a Billion people! Is that not mind boggling? Can we even start to imagine how much more public expenditure on welfare and infrastructure could be possible if we were to get this to move from even 3 to 5%? Instead you seem to focus all your energies on squeezing the hapless few who are already in the net! Why?

3. Given that you are citing the e.g. of Europe to justify this move, please tell us what we get in return from the state which is comparable to the welfare that most European countries provide?

Let me cite the simple e.g. of our apartment complex which has 100 residences, mostly housing the average salaried Indian. By a simple estimate, we must be collectively paying in excess of Rs. 5 crores pa in income tax. Yet the government does not provide even the basic human facilities required for a civilized society. There is no supply of water, which is the case with almost every apartment in this so called “IT corridor”. The residents are at the mercy of the local water mafia. The electricity supply is so erratic, that the residents need to run gensets almost every day. The EB then continues to bill and charge us for the electricity that we generate ourselves, as the power mandatorily flows through the same electricity meters! After much petitioning, frustrated residents got together and tarred the road in front of the apartment, at our own cost. I am sure that work has since been documented as done by the civic authorities and the proceeds have landed in sundry pockets by now! Most apartments have no option but to hire private security agencies to guard their living spaces. Meanwhile, taxpayer money is being spent on guarding our VVIP rulers, while the average Indian gets raped and murdered in public transport. There is absolutely no sewage or waste water dispersal system in most outlying areas. Even within the city, the miserable fact is that large parts of our functioning sewage systems are those that were put in place by the British. Those much reviled “plunderers” of India! The administration has no functioning solid garbage disposal system, and residents pay private garbage contractors neat sums of money, failing which we see the common sight of mounds of garbage piled in front of swanky buildings 🙁

This then, is the status of basic civic amenities in India. And the salaried class needs to pour more offerings down your bottomless pit?

Let’s talk of welfare then.

Would any Indian walk into a government hospital for treatment today, if they can afford to go elsewhere? No, they go to expensive “multi speciality” hospitals, where the huge medical insurance premiums that they have been paying may finally be of some use.

How about serious issues affecting our quality of life and health which are directly linked to the quality of environment in our cities? Our air, food and water is considered among the most polluted in the world. In the long run, we end up paying the ultimate price in terms of cancer, cardiac arrest and early death. No small matter, but often ignored as the effects as not immediate.

The only area where I would accept some of the welfare trickles down, is in the area of higher education, which is of reasonably good quality and is still heavily subsidized in our country.

So dear PMEAC, for heaven’s sake stop comparing us to Europe! Forget a high quality of life and civic amenities, you cannot even provide us basic human needs like security, water, roads, waste disposal and electricity. So where is the comparison??!!

4. Fine, now let us accept for a moment that this is how it is! We are a chaotic, dysfunctional nation and economists need to work within the system. Even then, please tell us why the tax net cannot be broadened by increasing the scope of indirect taxes so that the truly rich are also brought into the net, rather than squeezing the 3% even further?

For e.g. if you raise the sales tax on luxury goods, then even the corrupt PWD officers wife needs to pay the same while buying the Rs. 2 lac Louis Vuitton bag that she needs to match with her Kanchivaram sari for the next family wedding! The white shirted mining baron / politician needs to pay the same excise duty and VAT on his monstrous SUV that will guzzle subsidized diesel. Why not increase the indirect taxes on such counts and spread the pain more evenly? The salaried will not escape the axe, but at least it won’t be them being crushed alone?

The answer perhaps lies in the fact that:

a) You have already done this, and are unable to account for where the money is being frittered away. For e.g. almost half the cost of a car that one buys in India today is just government levies!

b) The corporate lobbies viciously oppose these indirect taxes as it becomes increasingly difficult for them to sell the consumption story to the masses.

Estimates vary, but it is commonly held that the average salaried Indian pays between 50 to 65% of his earnings as a total of indirect and direct taxes to the government. He is merely a slogging machine to keep everyone else going. That is the harsh truth!

Given that we have dug ourselves into a hole, the most economically and politically savvy knee jerk thing to do, may have been to decrease the direct taxes marginally and increase the taxes on luxury goods substantially. Of course, we could also exercise better fiscal discipline, reduce government spending, cut leaky and wasteful subsidies, introduce GST, have better revenue generation from national resources etc, but that would be too much to expect from our government in normal years. While we are now approaching an election year!

5. Here is another economically logical question. Why is it that this country does not tax the income of religious trusts, even though some of them are stashing earnings in hundreds and thousands of crores? Everyone knows that some of these trusts are specialized vehicles for parking the slush funds of corrupt politicians, and in any case the funds received are often being used for mostly ungodly purposes.

Yes, you may not be able to ask for details on source of funds as collections may not be trackable. But what stops you from taxing the declared donations received, which are clearly a form of income for these institutions?

6. Again, why would you not tax a farmer who is voluntarily disclosing an income of say 15 Lacs pa and higher? You are already providing him with subsidized electricity, water, fertilizer etc. Moreover, it is known again that declaring non-existent farm income is another favourite route to launder black money. It’s as simple as owning a few acres of wasteland and declaring large agricultural yields from the same, year after year. Thus generating income that is legally tax free. Why would you not put a stop to this by putting a cap on how much agricultural income can be tax free?

It is just one of the interesting quirks of human societies, that the larger the debt and the larger the risk, the lower seems to be the accountability. When a farmer gets into a personal debt trap, he often ends up committing suicide. When a small trader risks more money than he has and loses it, he ends up in jail. But as one starts getting bigger, this picture changes. If you are a public limited corporation and default on over 7000 crores of debt, then only the banks (i.e. public money) are left in the lurch. And if you are a government that behaves badly and burns a few lakh crores on corrupt policies and populist schemes, well you just go out and reward yourself to even more money through higher taxes!

Inevitably, there will be the national flag waving, self proclaimed “nationalist” who will claim that if we don’t want to pay more taxes, then we should just go abroad and quit India. To him I would say that yes, I am often sorely tempted. It is not about how much I pay. It’s about what gets done with my money! I have no blind national pride, because I really do believe that being the citizen of any country should be a two way street. Not just an accident of birth which entitles the state to exploit the other. The facts show that this ratio is severely skewed in India today. But I am not yet willing to give up and bury my sense as an “Indian”. I may someday soon … but not yet. Not yet.