An appeal to the outraged! 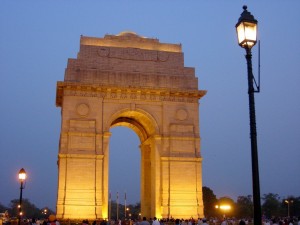 Yes, I feel the rage. I feel the frustration. And I desperately want something to happen too. But I am going to risk saying some non conformist things about the Delhi rape case, for which I will certainly get flamed by some people. Let me pre-empt this by humbly stating that in any discourse around societal issues, it’s worth thinking about various angles to a problem. Not just adopt uni-dimensional mindsets.

Somehow I fear that the collective frenzy our nation is working itself into, may be leading us further and further away from the desired goal. As I watch the current narrative of people screaming for justice, lynch mobs demanding hanging and chemical castration, weeping raconteurs on television, my brain is starting to scream out! Don’t you see what is happening here? What is rape? It is most often the brutal reprisal of a medieval, patriarchal mindset that seeks to subjugate a gender through force. It should be obvious that the antidote to this is the development of a society with increasingly liberal and modern values. Yet it is a sign of the times that we seem to be screaming for further regression into medieval methods without examining the issue at length. It is not difficult to understand why this happens. As I heard a noted historian remark the other day, absolutist ideologies always appeal to the youth. And this is a movement largely made up of and by young people.

My first submission to them is that when demanding broad societal change and legislative action, you cannot let yourself be led by just one incident. Yes, it’s perfectly legitimate for an incident to be a trigger, particularly a brutal example such as this one. But please look deeper. Yes, rape is a huge issue. And it should be, regardless of the socio economic or geographical profile of the victim. However, the malaise runs much deeper. The core of the issue is that there is a collective breakdown of policing, of investigative and judicial mechanisms in this country whereby most crimes, including rape, hardly ever get prosecuted and punished successfully. Think about it. Many of us do not even bother to report minor cases of theft, vandalism etc because we believe “nothing will happen”. This is the crux of the issue. Increasingly, criminals in our country also believe that “nothing will happen”.  The only difference is that in a particularly brutal rape case, this gets highlighted. But it’s a much broader issue. Unless we tackle the broader issue, piecemeal legislation will get us nowhere! Please note that we are discussing the surety of punishment for any crime here, at a systemic level. Not the extremity of the punishment. There is a subtle, yet critical difference.

So if we want to agitate and demand for change, please let’s do so. But let us ask for police and judicial reform first. Let us ask for adequate staffing for both the police and judiciary. Let us ask for more money to be spent on investigative mechanisms and training. Let us demand sensitisation training and community engagement mechanisms.  Let us demand institutional independence for the police system through legislative reforms. Let us demand for higher pay and personnel from better educational backgrounds in the forces. In fact, how many of us know that in 2006, vexed with decades of inaction, the Supreme Court instructed central and state governments to comply with a set of seven directives addressing police reforms? Are we even demanding the implementation of this court order? How many of us know that we have a backlog of over 3 crore cases in our courts today? How many of us note that over 30% of sanctioned posts in our High Courts are yet to be filled? Let us not just ignore all this and demand the “death penalty” as a general remedy? Do we really think that a criminal will commit rape if he thinks he is going to be jailed for 14 years and will not, if he thinks he is going to be hanged? If we want immediate results, let us ask for dedicated help lines manned 24×7 for crimes against women, let us ask for a directive to the police that whenever a sexual assault is reported, they should be ready to rush to the home of the victim to file the report and not need her to come to the station, let us ask for a senior police official to be responsible for and monitoring progress of all the cases reported to the dedicated help lines. Why is there no demand for moderate, incremental demands that are executed well, in addition to the “revolutionary” changes that we all hope for?

To go a little further, we need to diligently examine the likely fallout of the death penalty being introduced across the board, with no other changes in our judicial and investigative system. Today it is estimated that over 70% of rape cases go unreported in our country. The first negative consequence may well be that such non-reporting rises to over 90%, because the victim comes under tremendous pressure not to send a relative or community member to his death. The other unintended consequence could be increasing cases of the victim not only getting raped, but also murdered, either during the act or later during the long drawn judicial process that is sure to follow. Then comes the matter of conviction rates. Today the conviction rates in rape cases are as low as 26% (out of the 30% odd reported). Given a death penalty coupled with the same shoddy investigation, Judges will have no option but to be even more careful with convictions because the penalty is so extreme. So our conviction rates may even drop to 10% within the reported cases. Is such a scenario really helping the cause? Once again, I have absolutely no objection the death penalty being a legally available option for rarest of rare cases such as this one. But thinking that it is a magic wand to solve the issue by itself is naive, if nothing else.

In fact, I have an even more seemingly outrageous question to ask! If societal change is what we want, why would we not instead demand for prostitution to be decriminalised in this country? Sounds bizarre, but I would say that in terms of sheer practical effectiveness, this may produce far more results than introducing the death penalty! Let’s face some facts here. Sexual desire is an undeniable facet of life. There is no better example of this, than the fact that television channels are airing ads of a pretty woman stripping down to promote an online clothes store, right in the midst of the debate on the Delhi rape! And it is also a fact that Indians are among the most sexually frustrated people in the world. Our men and women live in an atmosphere where they get no outlet for their sexual energies.  Obviously prostitution is no answer to engaging with the opposite gender constructively. But while we are discussing extreme suggestions, I would argue that this one has more merit than the demand for the death penalty! If this sounds totally bizarre, please talk to those scores of unheard and unseen sex workers who are routinely raped and harassed even by keepers of the law, under the pretext of using archaic prostitution laws to enforce moral policing. Thus embedding regressive mindsets and frustrating society even further.

Let step away for the moment from juxtaposing extreme suggestions.  In the long run, what we clearly need is to break down regressive social barriers and encourage social reform. We need to allow young men and women to mix and engage with each other, so that they can appreciate the opposite gender as a human being just like them. Not some unknown “object” that is de humanised through lack of understanding. This can be the real answer. Not introducing armed guards, burkha’s and extreme sentencing.  Not calling in our fascist sena’s to “protect” our women. Not reinforcing the patriarchy even further!

Lastly, I want to make the point that brutal as it may be, I do not think this is about our society regressing to an evil place. The sliver of hope, if it can so be called, is that this is actually about women breaking out of their social chains and getting more and more powerful. It is happening all around us and the existing patriarchal structures just can’t handle it. These brutalities and violence are the desperate reactions of an entrenched system that is increasingly feeling helpless. While every effort needs to be made to wipe out such reactions, it would also be foolhardy to believe that 1000’s of years of domination would meekly give up. We need to keep reminding ourselves that the way is painful, but change is inevitable!

This entry was posted in Current Affairs, General, politics, Uncategorized. Bookmark the permalink.
Logging In...