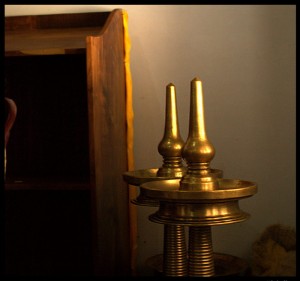 In the past few hours, some people have asked me what I think of the judgment pronounced around the Ayodhya dispute. Firstly, like most Indians, I am relieved that it didn’t result in violence. But I am also left wondering whether this is what rule of law means? And strangely enough, I seem to be among the few people who don’t have a clear opinion yet. Perhaps its because I am so confused, and I am somewhat ignorant of legal intricacies. So all I am left with, is a bunch of “common man” questions. The best I can do is to put down these questions, and maybe someone else can make better sense of it than me?

1. What is so ground breaking and statesman like about this judgment? Divide the bread equally and throw it to each of the clamoring parties… its the oldest, most simplistic trick in the book? Did we really need 60 years to come up with this?

2. Is it practically feasible to force a mosque and temple to exist side by side? Both parties have tried this formula for over a century and it has only led to friction, tension and cycles of violence. Why should it be any different from here on?

3. What is the logic behind rejecting the title suits of two out of the three aggrieved parties, and then deciding to divide the land between the same people whose titles have been denied already?

4. How can the lawyers representing one side rush out, start flashing victory signs and conveying their own interpretations of victory, before the formal communication from the court comes out. Is this not contempt of court?

6. Is reconciliation ever possible unless the BJP is in power? Politically they cannot allow any other party to take the credit for having resolved the issue. And practically, they are one of the parties who has to agree to a solution?

7. Can the title suit actually disassociate itself from the documented illegal acts of installing statues by stealth in 1949 and the major criminal act of demolition in 1992, for which FIR’s have been lodged? Does the law actually say that the cases are in such separate compartments, that we can actually hand over the land to the perpetrators of the crime in this case?

8. What does the Sunni wakf board really want out of the legal process? Does it believe that it is practically possible now for the Ram Lalla statues to be moved from where they are? Is a leap of imagination ever possible, where the muslims say “ok, we will build a temple around those statues, and invite our Hindu brothers to offer prayers there!” Will they ever get such a smart leader, who can think of the moral high ground they could take for decades, after a move like that?

9. What is the empirical evidence, based on which the court has decided that this is indeed the very spot based on which Bhagwan Ram was born? Do the ASI excavations show anything more than “a temple” having existed there?

10. Can the court conclude whether a mythological god takes priority, or a brick and mortar edifice? Can the law take decisions based on belief, or only on hard evidence?

11. How has the Sangh Parivar concluded that Ram is a symbol of National integration, and that the court verdict sanctions a grand temple to be built there? And that Muslims should help build the temple? Will the parivar help build a mosque on 1/3rd of the land in return? Or does it hope to slowly squeeze them out, based on sheer force of numbers?

12. Is there any real ideological difference between the statement “a path has been cleared for a grand temple” and the old war cry “Mandir wahin banaenge”, except for more slickness in communication?

13. Why is it that the government can kick a 1000 tribals off their land by force, and build an aluminum plant there. But they can’t take over a 60×40 site and build a hospital on it?

14. Will the BJP accept the court verdict with equal enthusiasm, if Advani and co are found guilty in the separate criminal case ongoing for the Babri Masjid demolition?

15. Has India really “moved on” or is that just an urban, middle class, “pseudo-secular” desire?

16. Was the press briefing following the verdict, organized and planned by Suresh Kalmadi? 🙂

This entry was posted in Current Affairs, Uncategorized. Bookmark the permalink.
Logging In...