Column that appeared on 8th Aug, in DNA about the blockade of Manipur and the North East situation 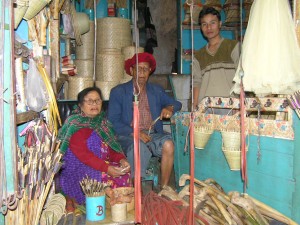 Most of you would have noticed how many of our fellow Indians from the North East are making Bangalore their home nowadays. I for one, feel quite proud that Bangalore still offers the cosmopolitan and tolerant atmosphere that causes them to travel hundreds of kms extra, instead of sticking to Calcutta and Delhi which were the traditional favorites. It is in this context that we need to internalize the recent news, that protesters now plan to renew the blockade on the state of Manipur.

Imagine your city has been blockaded by neighboring towns. Not just for one or two days, but for 68 days! Nothing gets through. No produce, no goods, no fuel, not even medicines. Prices start skyrocketing, patients start leaving hospitals in despair or in death. Normal life breaks down completely. Sounds implausible? Straight out of a future-shock Hollywood movie? Think again.., because this is exactly what happened to Manipur last month. And not many of us even heard the news! Whats worse, the story is set to repeat itself all over again!

The news brought some old memories into sharp focus. Traveling with friends through the North East. Being on two wheels gave us the freedom to venture into narrow pathways, drink syrupy chai at tribal hamlets and stay at homes or small camps run by smiling local communities. I particularly remember the always smiling people. I remember being struck by the magic and beauty of the land, and the monumental indifference and neglect with which the rest of India had treated them. Now, 5 years later, it seems nothing has changed! The blockade of Manipur was in many ways, unprecedented in Indian history. Imagine if Uttar Pradesh had decided that the Dilliwallahs need to be taught a lesson. Encircled Delhi and cut them off. Prices skyrocket, chaos reigns. Within a couple of days there would have been cries of “bring in the army”, “clear the roads” etc Yet when it happens to Manipur, it makes no news. No one seems to care. There can be no explanation but that of extreme apathy.

What brings about this apathy? Yes, the people of the North East are different. They look different, talk different. But then, a Tamilian is as foreign to a Haryanvi, as a Naga is to a Malayalee. Why then, this special alienation of the North East? Perhaps a clue lies in the unpalatable truth, that it is really the British who united the rest of India, forcefully. And gave us the sense of being one country. But the Brits never really managed to bring the malaria infested jungles and the fierce warring tribes of the North east completely under their control. They chose to alienate it from the rest of India, right from 1862, through a series of segregation acts such as the Bengal Eastern Frontier Regulation (BEFR) and Northeast Frontier Agency (NEFA). No wonder then, that the Indian administration they handed over this country to, has fared little better over the years.

We also know that the British had one negative master strategy. They had a habit of encouraging ethnic, tribal and religious fault lines to develop and fester. Thus being able to use one community against the other. Most folks from the North East will tell you that this still lies at the heart of the problem. The region does not see itself as “seven sisters”. It see’s itself as Naga, or Meiti, Khasi, Mishimi, Khamti etc (and certainly not as Bengali, Bihari or Marwadi!). It should have been possible for this to be sorted out through political will and a little statesmanship. But in the land of “do nothing”, the smallest issues with the greatest potential languish in neglect! 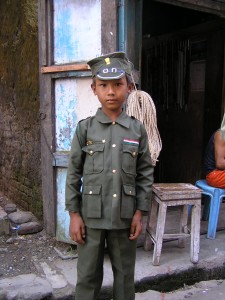 I am reminded of kindly old couples in Arunachal Pradesh. After having welcomed us into their tiny homes and fed us, they would ask in perfect innocence. “accha aap log India se aaye ho?” (You folks are from India?) or “hamara beta bhi India mein padta hai” (Our son studies in India). Bizarre statements, delivered with charming innocence. But underlining the complete alienation of a people who perhaps don’t even realize that they are a part of this grand country. An India that is busy staking its rightful claim in the international space. If we really want to do the right thing, we need to stop waiting for the government to solve the problem. Its up to us to welcome them into mainstream society. Into our workplaces, friend circles, interest groups and social occasions. Acknowledge them as an important and integral part of Indian society and part of our future potential. As long as we treat them as foreigners and allow them to be harassed as soft targets, we can expect to hear this again… “achha, you guys are from India, are you??”

This entry was posted in Current Affairs, Uncategorized and tagged Manipur, North east. Bookmark the permalink.
Logging In...