The late, latest review of the Himalayan ! :) 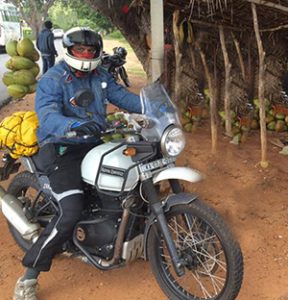 Ok, so I finally got to take the Himalayan out on a niceish spin of 600 odd kms, courtesy a friend lending me his bike. And overall I continue to hold the view that this is a good value for money tourer. Definitely worth considering for its simplicity and how satisfactorily it gets the job done. Since much has been said of the bike (with and without the Shimla effect ;), here are just some layman observations I noted down :

As of latest news, RE was recalling and fixing some of these issues free of cost. I did not experience undue heating or rocker noise, both of which are apparently getting a fix. And it seems clutch parts are being replaced for the gearing issue as well. The grapevine says this could actually be a cable / link issue and replacing the cable with a classic or Hero Honda (welll….) cable seems to improve matters 🙂

Finally, I find that most folks buying the Himalayan are ex Bullet owners. But I wonder how many of them will really enjoy riding it, because this is a very different animal. Not better or worse, just different! This is not a relaxed, easy going beast that thumps along regally. It’s a free revving, good handling pony that likes to be given a bit of stick. It’s really fun when you shift at high rpms and let that sweet chassis take the twists and road humps at goodish speed. So will the Impulse owner waiting for the KTM adventure, buy the Himalayan and enjoy riding it? That remains to be seen. I personally quite like it, if only they could get those damn gears to slot in neatly. 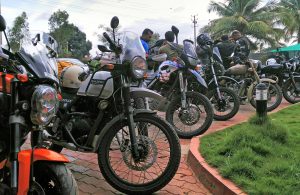 This entry was posted in Travel, Two wheels and an open road, Uncategorized and tagged Himalayan, review, Royal Enfield. Bookmark the permalink.
Logging In...